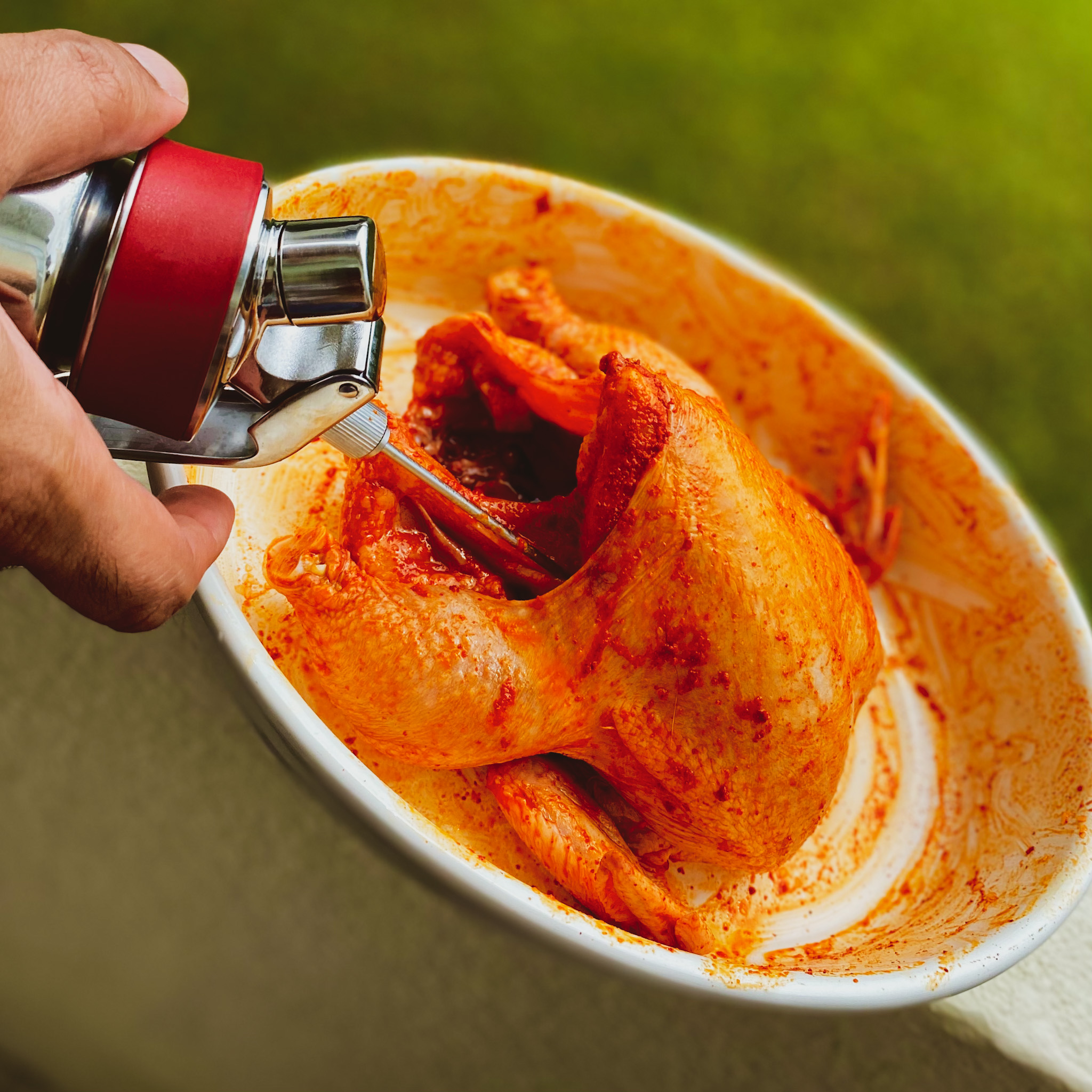 So cliched that we weave the word “modern” with just many aspects of our lives. Modern living, Modern lifestyle, Modern people. But modern cuisine? What does that even mean?

But if deemed modern, it is our hope as Chefs that our vision lives up to it – in a world where tradition often plays foreground, even in sub-conscience. Culturally Indians and Indian cuisine usually follow strict traditions/ techniques. Food gallops with change as you move from one city to another in India. Diverse and defiantly very complex - From ways an onion is chopped to the browning, adding spices and the various techniques in mixing them (dry grind, oil or w/coconut), they’re just a plethora of them.

But let us take a step back and not judge this – As much as we all respect traditions, there’s just so much that has happened to Indian cuisine that has perhaps adjusted with time, precipitating towards modernization –It could be better education, globalization, per capita income, social media and what can’t be missed is technology, especially if we are talking about precision cooking or even higher- molecular gastronomy.

Here’s a simple infographic that depicts what happened behind the scenes (for illustration purposes only). 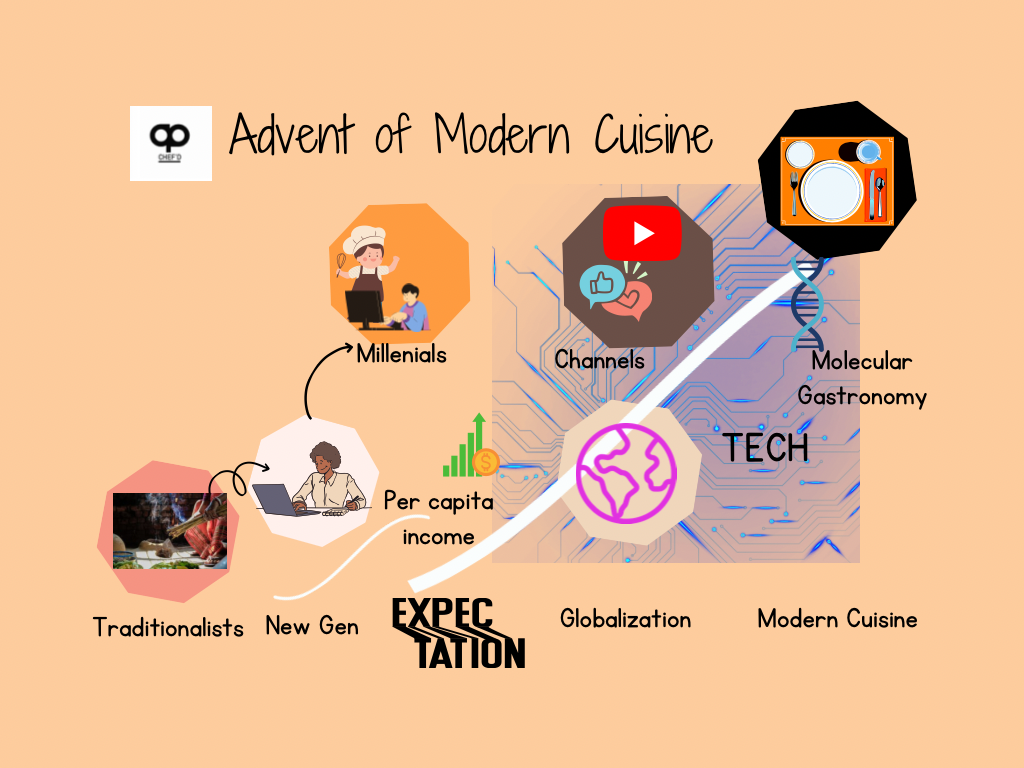 Winds of Change: You could agree to disagree, but the point is that technology and time have rushed, and there is a high chance diners and aspiring chefs succumb to this phase called “experimentation.” Pressure cookers, food dehydrators, sous vide machines, convection steam ovens, you name it, the almost 99.9% precision in texture/flavor these offers will only leave food dwellers in awe.

While trying to get modern with modern cuisine, I want to play cupid, marrying my sensibilities with boundaries. My sensibilities caution me- fire as many bullets of ideas you can, but what ricochets off the walls “must” taste Indian (goodbye Japanese or Thai rice or monkfish liver, or white asparagus), “must” include spices and herbs that smell right (goodbye Tarragon or rosemary), & our choice of oils (goodbye extra virgin light olive oil-based pesto’s). If not harmonized, an Indian palette is insulting and offensive if it divorces tradition.

Some renowned Chefs have crossed these boundaries- where Indian comfort food was the once reason for limelight; we see attempts with monkfish or Jerusalem artichoke on an Indian menu- oh my God! Yes, you will see an influence of hand-picked techniques from the west, and so far, it rocks at Chef’d club, but we constantly watch our boundaries. I am sure no reader here will have a problem with a perfectly “sous-vide” cooked meat or fish or a carrot, the colors of which stay impeccable even when fully cooked. So again, we are discussing tech Vs. and keeping in mind color, an essential attribute of Indian food.

Modern Cuisine: What do we mean by Modern? – contextually, the term “modern” applies to either the choice of ingredients, refinements in cooking techniques that influence flavor and balance (poach, oven roast, sous-vide, basting, sauteing, or roasting), blending other cultures of cooking (e.g., French techniques in making sauces), and finally, presentation (e.g., deconstructed cuisine). It “must” come together if all applies.

Also, if you can give it some thought, modern cuisine is progressive. If you may appreciate the effort, it takes to marry the senses of complex tastebuds, especially when Indian cuisine is primarily focused on flavor, color, and smell, plus techniques (what to do more/less?), there’s a whole lot of changes that we aspire- as if we are forming a constellation.

I trust you can appreciate “change” if you have read this far. Here are some of the Chef’s secrets of Modern Indian Cuisine. Let’s discuss a “then Vs. now” to give you a better perspective. If you have heard this before, there’s a split-second subtle mention from us - “it’s not exactly what you are thinking” .

Ouch! We have just raised the bar. 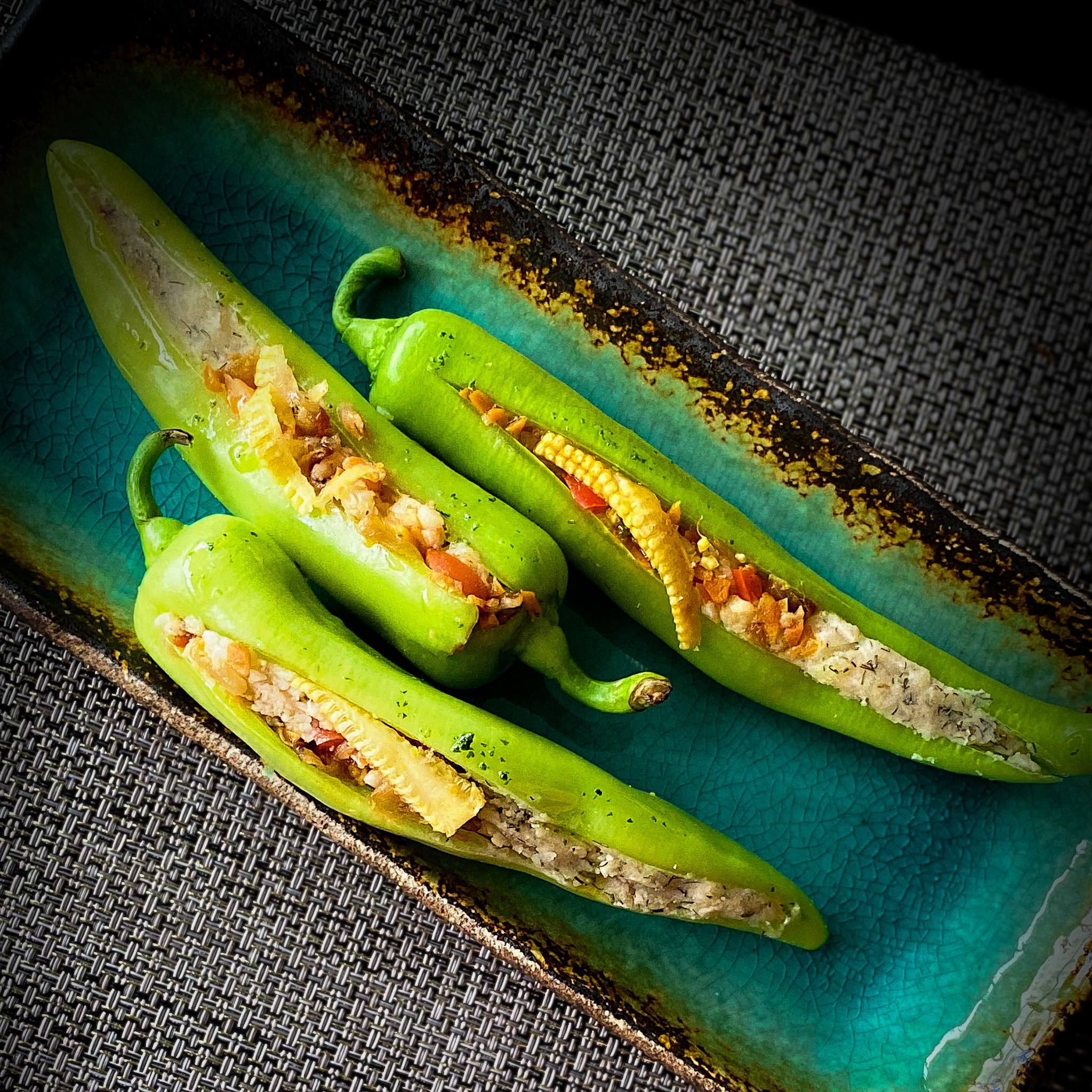 The first layer of stuffing varies from a mix of all green – minced Cauliflower, French beans, shallots, peas, and pistachios (Vegetarian) to a subtly tossed minced prawn in mace oil in the nonvegetarian version. Prep time- 2 hours.

In the second layer, we do a whisked cream of potato in finely chopped chives. What adds a tremendous boost to the spicy flavor of the semi roaster chilies is a subtle but flavorful coriander oil that is lightly pan-fried. We finish it with an oven grill roast to achieve consistency.

Top it up with a buttered chili foam or a Rocher, and it will soon border curiosity- this is where the experience starts.

Why does it blend into Indian cuisine? - all the above are cooked in ingredients common in Indian households

* Chives. Not traditionally Indian, but if eaten raw, you get that appealing- oniony flavor (Eureka! Finally, something that tastes onions)

* Coriander oil- is derived from French/European cooking. Coriander is “essential” in Indian cuisine.

* The whisked potato- We follow the Gordon Ramsay technique, and for all reasons, it’s still the best when it comes to flavor.

Results- We got a 5-star for this cuisine at all dinners. 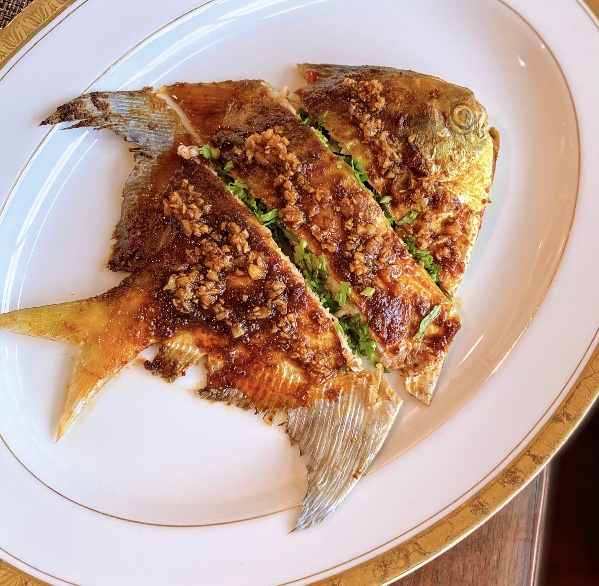 Then- there are several variations, given the background of how diverse Indian cuisine can be. Still, if I was to summarize, it’s a pomfret or bhetki fish mixed with spices, and in many instances, grated coconut and green chili+ coriander like chutney wrapped in a banana leaf, to be roasted or steamed. I love the Parsi style, which goes deep, down memory lane.

Now @ Chef’d Club- we make our in-house marinade in mortar and pestle. From toasted dry red chilies, hot paprika, black pepper, grated coconut, cooking cream, and toasted pinenut- Spicy with the perfect moisture and nutty. Maldon smoked sea salt and a bit of turmeric powder to marinate the fish (strictly fileted only). The banana leaf goes through a 5-step process to ensure its clean and has that perfectly prepared soft texture from the wilting, which eases the wrapping process.

Roast on high heat on the fire. Zero oil. And you are done! (How did the fish still stay tender? that remains in the chef’s kitchen)

The whiff of the roast fish combined with the natural grassy-leaf smell from the banana leaf, the coconut turned light pink, and the spices intact after the guest unwraps is just enough to get us the score.

Exception- this is served as a healthy protein entrée when the dish is generally offered as a main.

Chef’d club critique- We wanted the fish to look rich, just white with speckles of red. Not green. You have had that before many times.

Now here’s a final one that has left everyone in awe. There are a few variations but let me pick something unconventional. 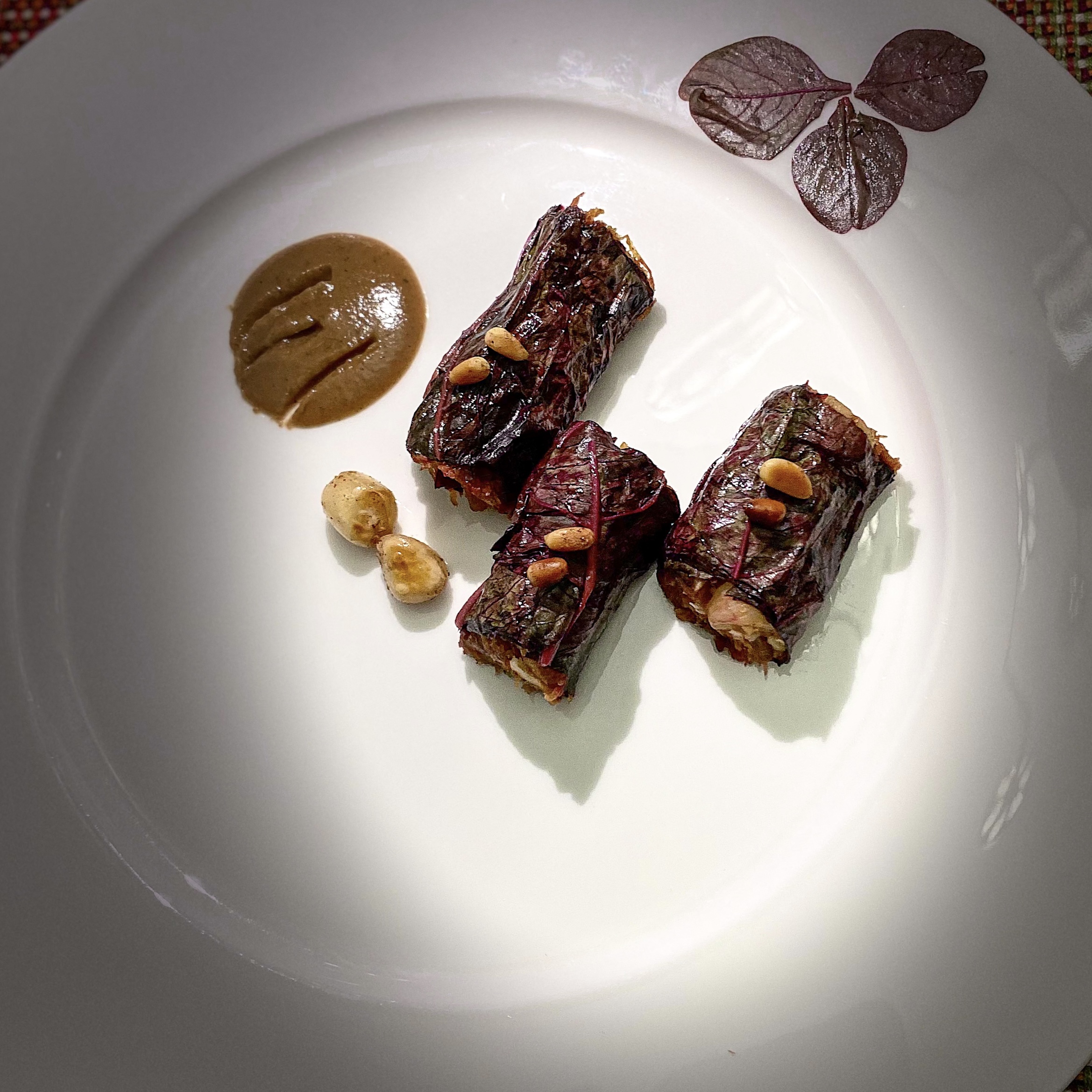 (yes, Lal Saag, for crying out loud). Why Red Spinach? – Because it’s not in the top 10 most popular vegetables; what’s popular universally is green spinach.

Before- NA., at least not in Indian cuisine. We picked this as an inspiration from Gordon Ramsay. He used sage, which is not even a ritual herb.

Now @ Chef’d Club - time to roll up our sleeves to a difficult prep in 3 parts, far from rudimentary. It takes a bunch of spinach leaves, maybe a 100, each painstakingly cleaned in cold water, laid on a bed of sparingly sprinkled chili oil (different prep) on a food-grade aluminum foil. A “surprise” vegetarian stuffing in ghati masala and roast coconut that we shall disclose only if you dine @Chef’d Club, rolled up and packed tight in the aluminum foil, left to be grilled in the oven. Garnish with toasted sesame, and the taste levitates from nutty à spicy (now “that” brought back childhood memories to a valuable guest).

A pleasant shock traveled around the table. I saw a pattern of glee as I revealed what the stuffing was. I hope to repeat this moment with a selfie, even if we need to enact this experiential dining moment.

The pairing cream for the roll we made from the stems of the spinach (seriously?) was reduced to intensely flavored cream, emulsified with butter and some cooking cream. We keep this subtle since we want the roll to do the talking. For the red basil and spinach crisps, we use modern microwave techniques.

Exclusion- the slightly sharper flavor of red basil. A basil’s origin likely was from India.

All the above comes from a rebel attitude toward challenging the status quo. We believe there’s always room for improvement, and we have gotten this far with five stars. If you haven’t tried it yet, give us a call for some sampling, and we will take you through a unique new experience that you would be happy to take back home.

Our motto:  At Chef’d Club, we hope that our food will be remembered 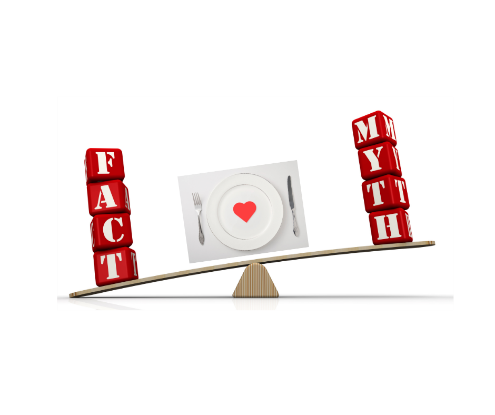 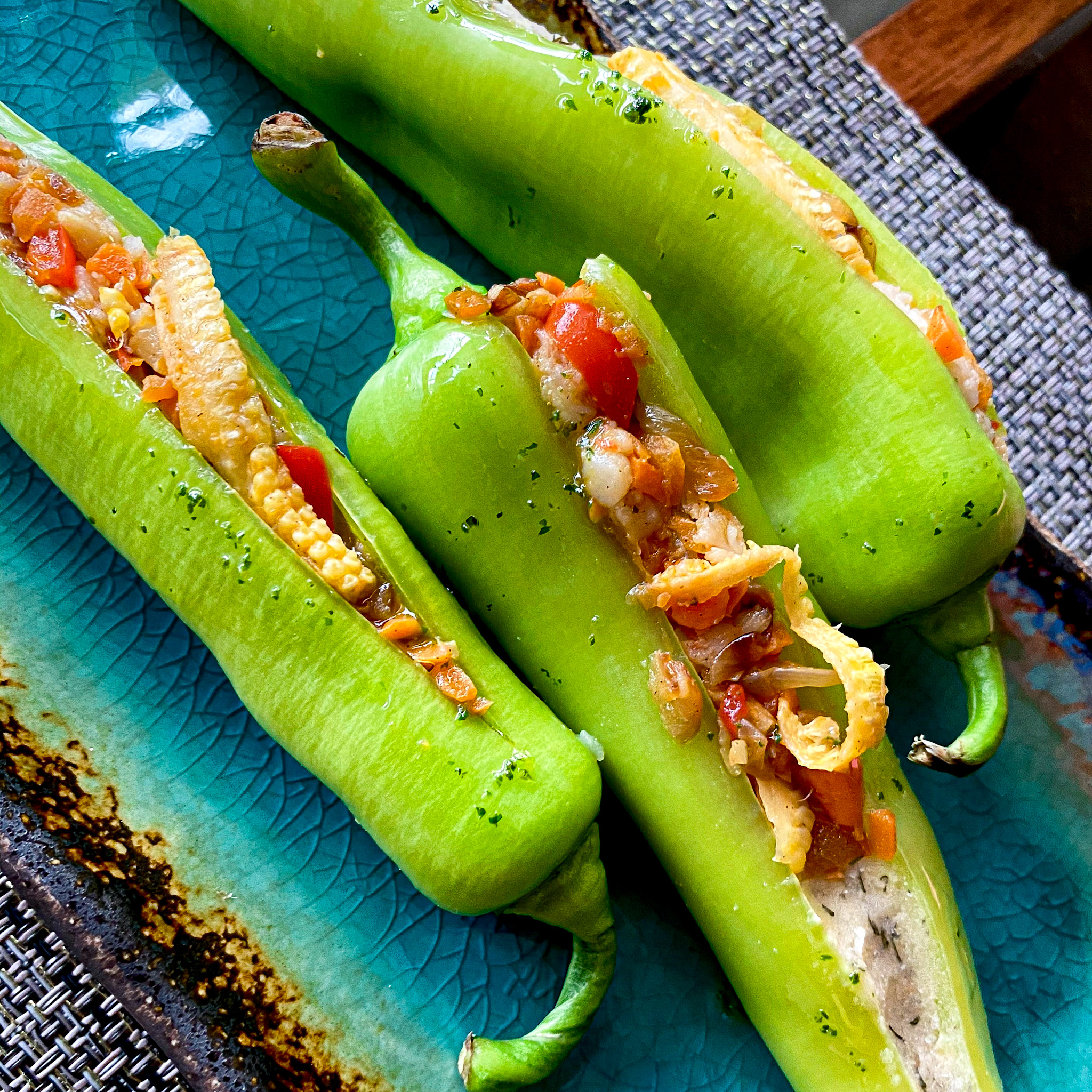 When Chefs quote proudly, they “Visualize” meals – Is this true? 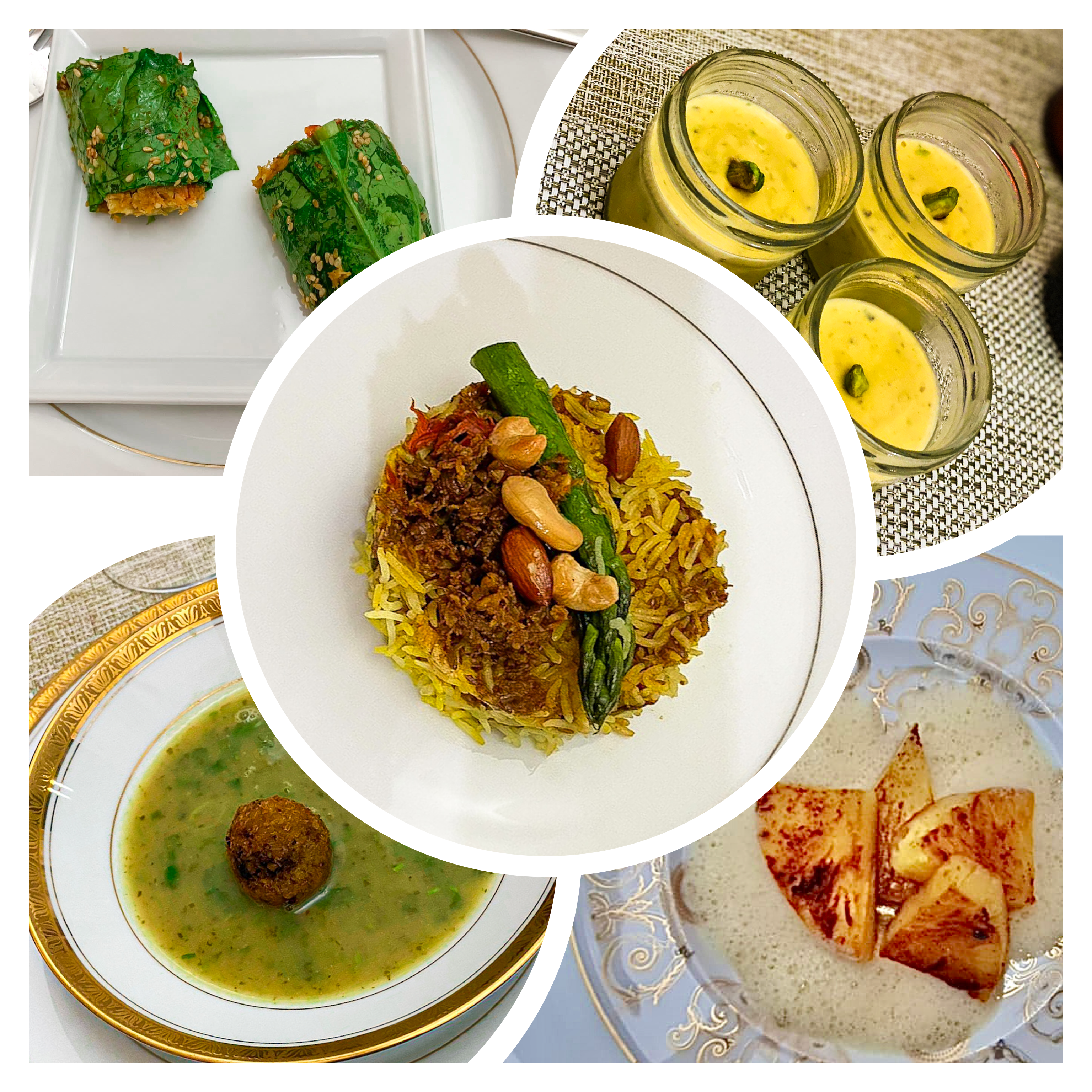 The Truth About Vegetarian Food 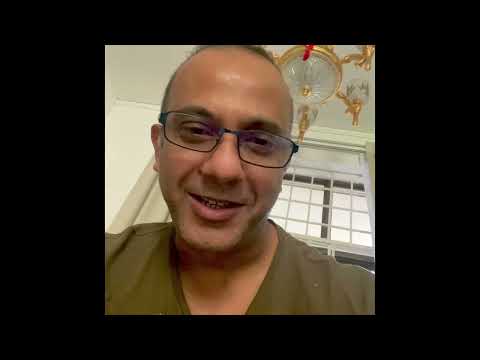 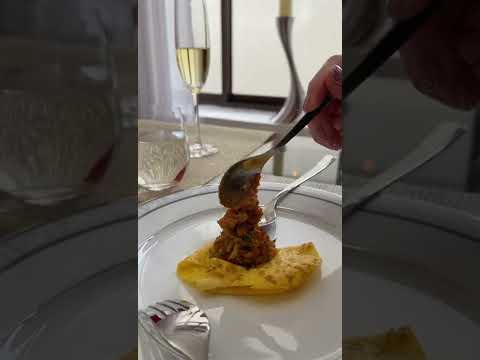